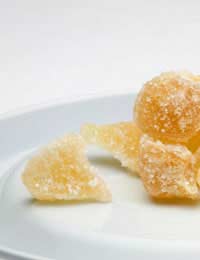 If you’re unfortunate enough to get morning sickness – and eight out of 10 pregnant women do – it can make the early stages of pregnancy unpleasant. But why does it occur and what can you do to ease the nausea and sickness?

During the first 12 weeks of pregnancy one of the most common symptoms is morning sickness. Despite the name it doesn’t occur exclusively in the mornings and can come on at any time of the day and the symptoms usually start from about six weeks after your last period. For some it’s just a feeling of nausea, whilst for others it’s full blown vomiting.

Feeling nauseous or being sick won’t cause any harm to your baby. It’s not known exactly why, but women who experience sickness seem to be more likely not to suffer a miscarriage than those that don’t.

There are various theories as to why women get morning sickness. One theory revolves around the hormone human chorionic gonadotrophin (HCG) which controls the production of other pregnancy hormones. Levels of HCG rise during early pregnancy, reach their peak about 10 weeks, then gradually deplete again around about 12 weeks. These hormone levels match the time when women are most likely to get morning sickness.

As well as this, it’s likely to be triggered by other factors too, such as:

Although morning sickness and feelings of nausea can be really unpleasant, there are some remedies and self-help tips that you can try yourself to try and ease the discomfort. Here are some of the top tips:In the majority of cases, morning sickness stops after about 12 weeks. But one in 10 cases, women can continue to feel sick for longer into their pregnancy. If you’re regularly very sick, are losing weight, can’t keep any liquids down and are worried about your health, or that of your baby, always go and see a medical professional.

What Does Protein in Your Urine Mean?

Pregnancy Stress - Passed to Your Baby