Home > Case Studies > How I Coped With SPD in Pregnancy: A Case Study 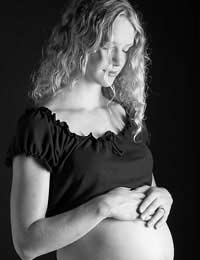 SPD (symphysis pubis dysfunction) is a health condition that affects some women during pregnancy, or just after they’ve given birth. Here we talk to one woman who had SPD, finding out how it affected her during pregnancy and how she coped with it.

Until Lisa, mum to toddler Olivia, had SPD during her pregnancy, she had never heard of the condition. “I became pregnant with our first child in 2007, which we were really pleased about. I had really bad morning sickness in the first few months, which dampened my spirits a bit, but was pleased when that finally wore off. Everyone talks about pregnant women ‘blooming’, so I was looking forward to feeling great for the rest of my pregnancy and enjoying the experience. Unfortunately, that didn’t quite happen, as I ended up with SPD.

How the Pain Began

At close to five months of pregnancy, I suddenly started getting really bad pain in my hips, lower back and pelvis. At first it was just a nasty feeling of discomfort, but then the pain got worse and I found it really difficult to move around, go upstairs or get comfortable in bed.

I went to see my GP, who told me it was probably symphysis pubis dysfunction (SPD). I’d never heard of it and no-one else who I knew had ever had it. When I found out more about it, I was really worried, as the thought of being like that for the rest of my pregnancy was very daunting.

I was referred on to an expert and they were very helpful with easing my fears and providing ideas for how to cope with it. I was especially relieved to hear that, despite the pain I was in, the baby would be fine. I was given some painkillers, suitable for use in pregnancy, to take to help deal with the pain, but also had to wear a sort of elasticated support belt – not very hip or trendy!

The other main treatment they prescribed for use throughout the rest of my pregnancy, and for a short while afterwards, was crutches. It was a shock to find out I now had to navigate the use of crutches, as it’s the last thing on earth you expect to be using when you’re pregnant. But they did help ease the discomfort and making walking a bit easier, so I persevered and eventually got the hang of them.

Despite the painkillers, support belt and crutches, it still wasn’t that easy to cope with SPD. Everything I took for granted was more difficult than usual. I couldn’t turn over very well in bed, it was a nightmare going up and down the stairs, I couldn’t get in and out of the bath and I wasn’t able to lift or carry anything heavy. I felt useless and down, as it was not the way I wanted to spend my pregnancy.

In the end, I had to learn to just take it as it came. I gave up trying to battle against the SPD and accepted that I needed to rest and get off my feet whenever possible. I had planned on working until close to the birth, but had to stop work early to rest at home. It did seem to help a bit and was less stressful for me once I gave into it. We had some weird and wonderful contraptions on loan from the NHS to help with everything, like a peculiar bath seat so I could actually have a bath!

SPD didn’t go away immediately after the birth, so I needed extra care and help initially with looking after the baby, as I was still managing crutches. But thankfully the discomfort and pain did eventually ease off and I was finally able to get back to being a healthy mum for my healthy baby.

I would like to try for another baby in the not too distant future, but I’m aware that having had SPD once, the chances are, I’ll get it again. It’s not a thrilling thought, but I know now that it is possible to get through it and live to tell the tale and, if I can do it, anyone can.”

Nutritional Values of 7,770 Pregnancy Foods
Share Your Story, Join the Discussion or Seek Advice..
@Josfyn. You need to speak with your midwife about this. She will be able to advise you on the best way to cope with this and if there are any painkillers you can take. She will also be able to check you out to ensure it is nothing serious and may be able to tell you if there is a pelvic/lumbar support that may help.
BabyAndPregnancy - 29-Aug-14 @ 9:33 AM
Am having severe waist pain, I feel it when I try to get up and walk around. Its so painfull that it hurts. Am 24 weeks. And I also can hear sound of my joint when I walk. Pls anyone with useful info?
Josfyn - 15-Aug-14 @ 2:25 AM
I had SPD quite severely in my first pregnancy and my experience was much like the case study. The threat of it reoccurring made me worry for 5 months into my second pregnancy. However, when it began to resurface at 25 weeks, I started to use an osteopath who has more or less been able to remove the pain and realign me. Unfortunately the treatment is not available on the NHS so it took a bit of research and money, but it's worth it - I'm still working and able to look after my older child. Yoga helps to relieve the mild pain which remains.
Mel - 12-Apr-14 @ 9:25 PM
Title:
(never shown)
Firstname:
(never shown)
Surname:
(never shown)
Email:
(never shown)
Nickname:
(shown)
Comment:
Validate: