Are Vaccinations Safe When Pregnant? 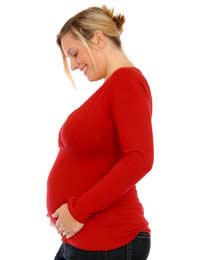 When you’re pregnant lots of things we take for granted normally suddenly come into question and bring up worries about whether they’re safe or not. One such issue that can cause a lot of worry is vaccinations, especially if you need one or more due to a forthcoming holiday. So what’s the verdict on vaccinations during pregnancy?

Having vaccinations whilst you’re pregnant is a bit of a tricky issue. Most safety tests of vaccinations have been carried out on animals, as they can’t be given to pregnant women during trials in case harm does come to their babies. In general, so-called ‘inactivated’ vaccines are regarded as being safer for pregnant women than ‘live’ vaccines, but the type of vaccine used varies considerably from country to country.

According to the Royal College of Obstetricians and Gynaecologists, there are some vaccines that can be used in pregnancy, if you have to visit an area that has a high risk of disease. These vaccines are:

However, the general consensus is that, in order to remain completely safe, it’s best to avoid having vaccinations at all if you can whilst you’re pregnant. This doesn’t mean not being vaccinated if you’re going to exotic climes, as no vaccinations may put you at a greater risk than having them, but avoiding foreign travel that requires vaccinations unless it’s extremely urgent.

If you need to travel abroad, for work, to visit family or another key reason, then it’s important to discuss your individual circumstances with a doctor or special travel consultant. Some vaccinations, for example, may be considered unsafe during the first trimester, but may become more viable as your pregnancy progresses.

RCOG say there are some vaccines, which are usually live, that aren’t safe for pregnant women. These are:

These vaccines can affect unborn babies in various ways, but in general they increase the risk of a baby being born with deformities and affect health and growth.

If you’re going on holiday abroad and have some say in where you go, then it’s advisable to try and choose somewhere that doesn’t require vaccinations. You can always go to exotic places another time, when you’re not pregnant, and don’t have to worry about the issues with jabs. The Department of Health produces a handy booklet that offers a guide to the vaccinations needed for each country, and this could help your decision making process.

If you’re not yet pregnant, but are planning to be or are trying to conceive, then it’s a good idea to have all your routine vaccinations, such as tetanus, up-to-date. In the case of rubella, this is particularly important, as it can be very dangerous for the baby if caught during pregnancy. If you’ve recently had holiday vaccinations, then some experts suggest you wait at least four weeks before trying to conceive.