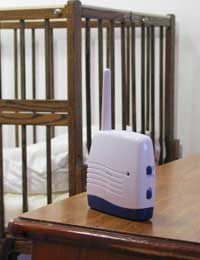 Cot death also known as Sudden Infant Death Syndrome or SIDS claims the lives of approximately 500 babies per year in the UK. Little is known about the causes of cot death, but there is information available on how to reduce the risk of cot death occurring. Continue reading for answers to some frequently asked questions about cot death/SIDS.

What is Cot Death?

Cot death refers to the sudden and unexpected death of a baby less than one year old. The name is taken from the fact that this type of death usually takes place while the baby is asleep and therefore is most often in his/her cot. Sudden Infant Death Syndrome, cot death’s other name, refers to the unexpected nature of this type of death. Later, during investigation, no specific cause of death will be found which will lead to the conclusion that cot death was the culprit.

Who is Most Frequently Affected By Cot Death?

Cot death can strike in any family, but there are some patterns that have been noted regarding these incidences. For example:

How Can Cot Death be Avoided?

Though the precise cause of cot death is not yet known, there are measures that parents can take to reduce the risk of it occurring. Help avoid cot death by:

Where Will I Find Further Information About Cot Death?