Home > Labour & Birth > Is a Natural Delivery Possible After a Caesarean Section?

Is a Natural Delivery Possible After a Caesarean Section? 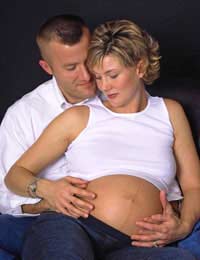 Discussing Delivery Options With Your Midwife

When you have antenatal appointments with your midwife during your pregnancy, make sure that you tell them how you’d ideally like to give birth. It’s also worth making a note of your aims in your birth plan. Your chance of having a vaginal birth after a caesarean will depend in part on why you needed the c-section before and on how your current pregnancy is progressing.

If the reason for the caesarean previously was specifically connected with that pregnancy, such as your baby being in a breech position, rather than an ongoing medical reason, then you should stand a good chance of a vaginal birth this time around.

According to national guidelines, women who’ve had a caesarean section already are advised that they should have any subsequent babies in a hospital, so that if an emergency does occur, the baby can easily be delivered within 30 minutes. Unfortunately, this does mean that a home birth is usually out of the question and you may need to go to a hospital rather than a local birthing unit. The good news though, is that labour after a previous caesarean is managed by midwives in exactly the same way as any other labour and your aims and expectations will be fully taken into consideration.

What Problems Could Occur With a Natural Birth After a Caesarean?

Generally speaking there aren’t usually any major problems involved with having a natural or vaginal birth after a caesarean section. One possible risk factor, and something that will be taken into consideration by your midwife and medical team, is that women who’ve previously had caesarean sections could be at risk of a uterine rupture.

This is where the old caesarean scar is overpowered by the strain of labour and ruptures, or splits open. In the past, this was one of the main reasons why it was thought that a second caesarean would be better, but thanks to modern techniques, and modern caesarean surgery, the risk of this occur is now down to only about one in 200.

What Are the Benefits of Natural Delivery After a Caesarean Section?

The main benefit for pregnant women is that giving birth naturally or vaginally will mean that you’ll recover more quickly from the birth and will probably be in hospital for a shorter time afterwards. Unlike a c-section, where you’ll be unable to lift anything for six weeks, you should be able to get back to re-adjusting to life with your family soon after birth.

For the future, it also means that once you’ve had one natural birth after a caesarean, the chances of having another vaginal birth are increased.

Admission Procedures and Early Labour Checks
Share Your Story, Join the Discussion or Seek Advice..
I have had three sections the first was due to the baby having a poo inside me and her heart rate went down the second was because the hospital wouldn't let me give birth naturally due to a previous section and the third is for the same reason as the second! I did insist on a vbac but was refused point blank I feel like I have had my human right as a woman taken away from me and it shows there incompetence if something should go wrong, where I live woman do not hae a voice when it comes to delivery and it's WRONG! If I have another baby I will going to the uk to have it I live in the isle of man and here the doctors are so backward we have one hospital and it's a training hospital! If you get sick here badly you're completely screwed, not only that I have a permenant lip at the bottom of my belly which is sole destroying and depresse's me badly, I will give birth one day properly no matter what coz I will be damned if I let that crap hozy touch me again. Oh and in the second section they didn't give me painkillers for when the epidural worn off I felt like I was ripping in half! NIGHTMARE
Shez - 4-Sep-12 @ 9:33 AM
Title:
(never shown)
Firstname:
(never shown)
Surname:
(never shown)
Email:
(never shown)
Nickname:
(shown)
Comment:
Validate: